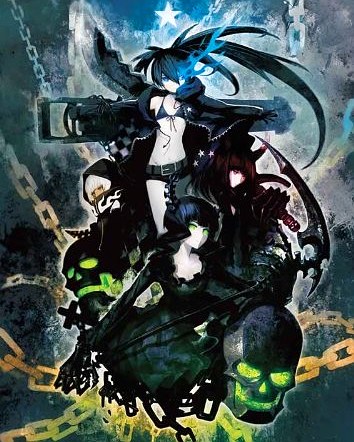 At one of my most recently attended anime convention, I noticed quite a few cosplayers armed with some of the most amazing weapon props I had seen in a while. After careful investigation, I learned these cosplayers’ characters were from an anime called Black Rock Shooter. Entirely too enthralled by the cosplays, I decided to check it out, and I jumped in headfirst. I didn’t know anything about the plot or characters; all I knew was that there was an OVA released in 2010 and an anime released in 2012, and that there are varying opinions on both.