Daichi Kakeru is an extremely perverted sixteen-year-old boy who is a virgin of all trades. However that is all about to change when he opens a can of melon soda, takes a sip, and finds himself kissing a very attractive blonde girl. It turns out his drink is a government experiment in which steel and aluminum soda cans known as Akikans, are cans that turn into girls locked in a kiss with you when drank. Their purpose in life is to fight one another to determine the better can in a competition called the Akikan Elect.

In the world of bad anime, there are bad anime that are so bad it’s actually funny, for example Hyper Dolls. However there are also those animes out there that are just flat out bad. Akikan! unfortunately is in the latter set. I can’t remember the last time I facepalmed so much, or wanted to reach through the screen and slap some sense into the producers as badly as I did here. There are virtually NO redeeming aspects to this anime. Within the first ten minutes of episode one, I realized watching this anime would be similar through sitting through four hours of a dentist pulling my teeth out slowly and painfully.

So where did they go wrong?  First off, the plot is extremely lacking, and instead is one random scene of sexual innuendo after the other interlaced with the occasional plot point thrown in for a few seconds. In fact, we barely see any mention of the competition these girls are supposed to be in, as their owners all agree to not take part in it. instead, it’s a bunch of filler episodes that serve absolutely no plot development or character development. Because none of these characters ever change. Not even in the slightest! In fact, there is no real semblance of a plot until episode eleven and twelve, the final episodes. Even then, the attempt failed miserably.

The characters in this anime are all pretty stereotypical and are nothing more than a clichéd childhood opposite sex friend, some freaky highly oversexed lesbian witch, and a guy no one cares about. Then there is Kakeru. I swear to god, if it were possible to reach through a screen and cause great physical bodily harm to a person, I would to Kakeru. He is quite possibly the worst character I have ever seen, even in this genre. He never learns, he never changes, and god forbid he ever mature, even in the slightest. That would be highly unheard of. He always has one thing on his mind, and that is sadly getting laid, or sex in general. Honestly he should never procreate and reproduce. Just no.

The animation is nothing special either. The character designs are all pretty generic – I somehow always forget which one is Kakeru and which is his best friend Gigilo (seriously who named these guys??). It is a really bad sign when you can easily mix up characters repeatedly in the span of one episode. The music in this anime is also pretty terrible. I was not at all a fan of the opening song and made it a quick habit to never hear the ending track after the first time. There was too much pain to really want to.

In the end, I think I have quite conceivably found the worst anime to ever grace our world. I will warn everyone away from this anime. You will lose braincells. I promise it, because I feel like I sure as hell did. But I did it to protect all of you from this horrible, horrible excuse of an anime. Now if you will excuse me, I will go and try and take a shower to try and get this weird feeling from watching this crap to go away. Until next time! 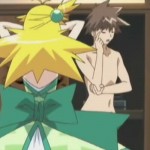 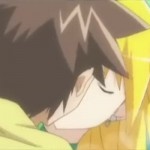 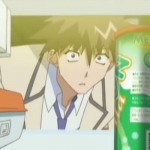 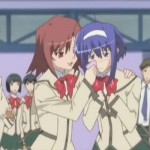