Intelligence Agency Report by Shadow:
World War III has descended upon humanity.  Instead of the world falling into the Cold War, someone has, not pressed the big red button, but pulled an American trigger.  Russia’s invasion of the U.S. continues, TF 141 has been disavowed, Soap and Price are war criminals, and Makarov continues to throw the world into chaos.

With the highly-publicized defection of several (ok, more than several, nearly all of them) high-level Infinity Ward workers and programmers from Activision, it had long been wondered if the Modern Warfare series would fall off the map while the Treyarch division’s works would become Activision’s favorite pets.  After much angst in the gaming community, the magical thing happened: there would be a Modern Warfare 3 (MW3)!  Fresh off of the plot of Modern Warfare 2 (MW2), you are thrown back into the fight.  This time, you have no time for a nice training course; you’re a seasoned veteran after all.

The plot of the game, as stated earlier, picks up at the very end of MW2, where “Soap” MacTavish is bleeding out from the injuries he sustained during his battle with Shepherd.  Soap experiences a few flashbacks before passing out, at which point the game switches to  Frost and Delta squad of Metal team during the attempt to push Russian forces from New York.  After routing the Russians, a peace deal is on the verge of being brokered until something unexpected happens on the Russian President’s plane: Makarov.  The war engulfing the world continues, as the will of one man continues the vicious cycle.  The plot took time coming together, a bundle of loose ends being woven together over time.  However, it kept to the individual story line that had been built up starting in MW3.  One thing was certain about MW3; it definitely paid tribute to its two predecessors.

Audio and visual in the game were very good.  While the audio did have issues with hearing your squad mates over the sound of bullets flying past your head…that’s war.  In reality, the audio was very realistic, even if a bit on the quieter side than normal for a video game.  The visual aspects of the game are mostly the same as MW2 due to the fact that they are on the same system, and not too much has changed in the graphics over the last two years.  There are a few graphics updates, but the majority of the game has a polished feel in terms of what you see.  A large portion of this is probably due to the new people brought into Infinity Ward as a result of what happened in 2009 and 2010.  One of the most noticeable differences is in the actual weapons themselves where manufacturer names are engraved into the various pieces of military gear (Remington ACR, M4A1 carbine, EOTech holographic site), butt stocks look like the actual Magpul equipment they are, and in that the level of detail makes it look like the real weapon.

It would be a waste of time and space to go over characters, but only because the player is already familiar with the vast majority of them from MW3, with the exceptions of Frost and Yuri.  And like with Jackson, Allen, and Roach in games past, there is hardly anything told about your played character.  In part because of the fact that the characters were already established, there was no development of these characters that really made them stand out as anything special for MW3.  One thing to note is that this time, Makarov seems to sound different, and that may actually serve to throw the player off at times.

While the plot of the game may have been initially too fragmented and paced funny, the actual gameplay of MW3 was flat-out amazing.  The game played quickly, confusingly, and tactically.  It simulated real-world warfare pretty well, but without the issues of risking PTSD problemss for a military veteran.  The campaign in itself was probably the best, despite the plot issues that it had, making it worth buying even without the other two gameplay modes: multiplayer and Spec Ops.  There is hardly much to discuss about multiplayer as it’s the same that is expected out of Call of Duty games, though there are a few nifty new toys for this game.  Once more the players have non-PVP game modes in Spec Ops, running extra missions for fun.  Though this time, there is a survival mode, which is similar to the horde modes that are becoming popular in the other video games, leading to a nice co-op experience for the gamer.  It’s straightforward: survive as long as you can, buying and upgrading weapons with the cash that you earn during combat.

With the ending of Modern Warfare 3, the player is left with a somewhat hollow feeling because of the loss of some beloved characters, a slow-building plot, and a feeling that this may be the end of a trilogy. If it is, Infinity Ward made sure to deliver on a game that will be played many times over due to both the amazing campaign it provides and the additional items for the player to enjoy post-campaign.  And remember gamers….No Russians….Left Alive!
Disclaimer: All players, please be aware that similar to the “No Russian” mission of MW2, there is a scene that some players may wish to skip.  This was not done as some gratuitous act of violence.  It involves the death of a child and her family that takes place about midway through the game.  While this was done in a tasteful manner that still shows the reality of war, it may be chilling and upsetting for some. 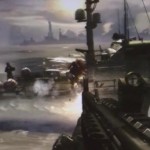 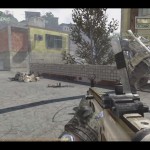 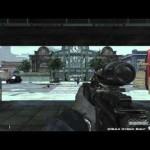 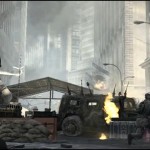 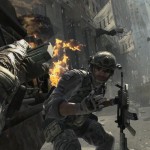