Gatchaman Crowds has gotten pretty interesting in the last couple episodes, and surprisingly, it hasn’t devolved into a “monster of the week” show, but actually has some interesting stuff in it. Aside from the Gatchaman team, there’s another group at work. A boy known only as Rui has been using a mobile phone app called GALAX to band people together and help during disasters. It is a wildly popular app that people use for everything from social networking to advice. The MESS is no longer an apparent threat, but a mysterious new alien has come to cause more chaos. The plot thickens.

There have been some pretty cool action sequences, but what’s getting me involved is the tension. There are two seemingly-unconnected groups and one serious antagonist, none of whom may be quite what they seem. I can’t say a whole lot without giving away spoilers, but the series keeps drawing me in. I want to see some of the other Gatchaman suits, and I also want to see if the two factions join up. The series hasn’t gone up to full steam yet, but there’s still time, and it hasn’t been boring at all. I’m definitely interested in seeing how this one pans out.

The art has remained solid, I dig some of the background music, and I was pleased to see more character development. Hajime is still pretty odd, but she seems to have hidden insight. The character design is still rock-solid, and overall the series is visually striking, with bright colors and slick CG animation. I imagine that later on, there are gonna be some pretty great fight scenes.

Overall, Gatchaman Crowds is cool, somewhat original, and very different from its namesake. The plot is getting intriguing, and I can’t wait to see where it goes next. This should definitely be a keeper. 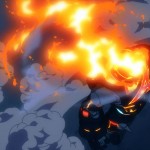 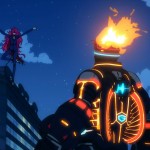 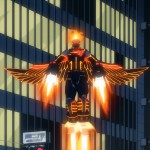 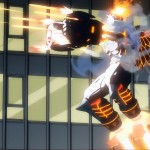 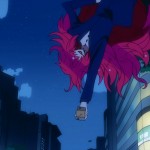 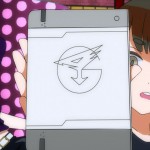 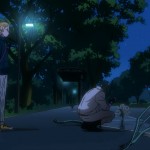 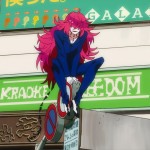