Oni-Con 2012 was my second time attending this particular convention. My camera-wielding cohort and I arrived at the Galveston Island Convention Center midday Friday, October 19th to a very familiar scene. That was the first thing I noticed about this year’s Oni-Con – not much had changed. Going to a convention out of town for the first time always gives the unique feeling of exploring a strange, new world. Going back there for the second time gives an equally unique feeling, sort of like returning home. Just like the previous year, parking was simple and easy as there was a parking garage beneath the convention center, and across the street from the venue was the same local store which made getting food during the convention easy and inexpensive. After we parked and gathered our things, we walked up the steps of the convention center and I wondered just how much of Oni-Con would remain the same from last year.

The main attraction, for us at least, was the Earthbound Papas concert. The Earthbound Papas are a band formed by Nobuo Uematsu, who is widely known as the composer for most of the Final Fantasy games. Opening for the Earthbound Papas was Angel Anatomy, a singing duo made up of two of the most beautiful women either my friend or I had ever seen. Aside from their beauty, they brought to the stage colorful costumes and powerful vocals that set the mood for the featured act.

After their final song, Angel Anatomy exited the stage to make way for the Earthbound Papas. As they were setting up their equipment the crowd was silent, in awe of the man setting up the keyboards. Even though this was my second time seeing them live, the energy felt from watching Nobuo Uematsu, one of the most prolific video game composers of all time, play music that is so profoundly nostalgic to so many gamers never ceases to be overpowering and indescribably amazing. The crowd cheered as the band started to play our favorite tunes from Final Fantasy as well as music from other Square Enix games. The Papas put on a fantastic and memorable performance that would surely be the highlight of any con-goer’s experience.

At the cosplay contest, there were a few cosplayers that definitely stuck out to us. There was a Link, a Rikku and Yuna pair from Final Fantasy X, and a Gurren Lagaan group made up of Kamina, Yoko, and Simon. The craftsmanship and detail in each of these cosplays was fantastic. At the contest, as a special surprise, a couple got engaged on-stage! We were excited that she said yes; the alternative would’ve probably been pretty awkward.

Oni-Con 2011 was plagued by organizational issues. In 2012, we saw significant improvements. There’s really no perfect solution to having long lines for the main events; there aren’t many places to put a line of people a few hundred long. However, the staff did a good job of making sure the main hallway was not blocked while people were waiting. For the smaller events, there was usually time between each panel for setup, and this was enough to allow the attendees of the previous panel to leave and the attendees waiting for the next panel to fill the room.

Since we were attending the convention as press, we had a unique look into how things were being run behind the scenes. The staff of Oni-Con was extremely helpful in letting us know where we were allowed to be during the main events. They basically gave us and the other photographers a VIP treatment, especially for the concert. All of the photographers ended up getting some amazing shots, being right up next to the stage. Overall, the Oni-Con staff did an exceptional job this year.

Oni-Con 2012 was definitely a success. With a wonderful concert, an appropriate mix of both fan and industry panels, a significant improvement in organization, and a more than capable and helpful staff, our experience at this year’s event was beyond superb. I know next year’s convention will be even better and I cannot wait to return to Galveston next October! 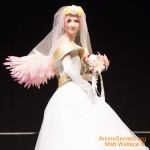 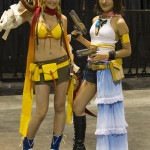 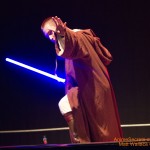 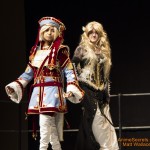 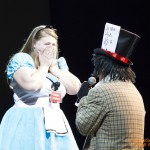 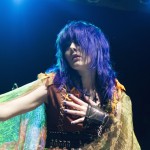 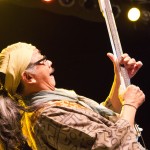 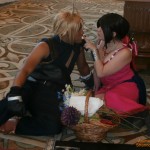 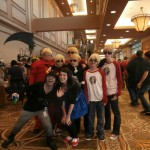 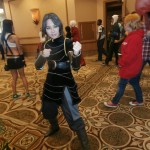