Intelligence Agency Report by Drake:
Kirigaya Kazuto, known online as Kirito, is one of ten thousand players who joined the newly released virtual reality massively multiplayer role playing game, Sword Art Online, on its opening day. Unfortunately for Kirito and his fellow gamers, the creators decided to disable the log out button and lock players in the game indefinitely. Now what started as an afternoon exploring a new game has turned into a fight for survival as the stakes have been raised. A death in Sword Art Online means death in the real world, due to a player’s brain being connected to external hardware to emulate a full virtual reality, known as Nerve Gear. The only way out is to clear all 100 levels of the game, but do these players have what it takes to get out in one piece?

Over the past year or two, I have found myself in a bit of an anime rut as far as new titles go. Nothing coming out of Japan seemed to really catch my attention or seemed to be worth a check out. That is until I heard about Sword Art Online. After watching the first episode on Crunchyroll, I was totally hooked and interested.

So before I go into what set this anime apart from others for me, I’m just going to make the following statements. The animation in SAO is stunningly beautiful, and the environments of the games breathtaking. The fight scenes are truly epic, and I found myself watching certain fights more than once due to sheer badassery. The music utilized for the opening and close sequences is really great and the OST really complements the show really well.

Now that that’s cleared out of the way, let’s talk about the meat of this anime, the story and characters.  This anime starts out extremely strong and keeps moving at a quick pace as players realize the doom they face inside the Sword Art Online game. We are given an insight into the various ways in which different characters cope with the fact that they are forever stuck in this video game, begin to adapt, and continue to fight on; which is just completely fantastic to me.

The episodes in the Aincrad arc alternate between plot driven episodes showing the players as a whole clear levels of the game, while other episodes concentrate on different characters through the eyes of the lead protagonist Kirito and his relationship with them. As I watched the episodes in this arc, I couldn’t help but notice just how well these side stories and characters were woven together into one story that gave a good understanding of the circumstances surrounding the world, and the struggle to get back to reality. The characters featured in this arc were also original and felt complete, such as Kirito, Asuna, Klein, Silica, and Agil.   Honestly, I really wish the anime would have stopped at the end of the Aincrad arc. In my opinion, this was the most perfect way to end the story, and would raise the score of this anime in my book to close to perfect. However, it did not and the story continued on, bringing forth a new game world due to an unexpected plot twist.

From the moment the Alfheim arc began, I could not help but feel skeptical. Everything felt different to me about the anime as a whole. The new characters were unimaginative and lacking in depth, except in the case of Suguha, Kirito’s sister. However, I would rather it had been that Suguha was not so over played and given as much importance as she received. Her introduction did nothing but create a love triangle between her, Kirito, and Asuna. It was just awkward, irritating, and added filler episodes with nothing really happening. This was all done at the cost of time that could have been used to better explain key events near the end of the anime, namely everything in the last in-game battle Kirito partook in before the final episode. Not to mention wrecked Asuna’s character from a strong fighter to a weak damsel in distress. Without giving away any details, the end of the anime filled me with outrage and questions at how certain events were even possible given the mechanics defined earlier in the story. However, if you try not to think about it too much, the ending was not all terrible, just lacking in explanations.

One of my favorite parts of this anime was the usage of elements found in MMOs. The attention to detail given to boss battles and dungeons was fantastic. The added dynamics of different guilds, and their politics, and issues such as player killing, player rankings, resources, party systems, kept everything fresh and exciting.

Overall, I really enjoyed Sword Art Online. This was a great anime despite some glaring faults. However where the anime has failed me, the light novels have been making it up to me. I look forward to a sequel anime carrying on the story, and hope the same magic found in the first half of this anime returns, and the Alfheim arc can just be chalked up to one mistake by Tomohiko and his crew. 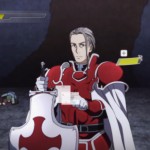 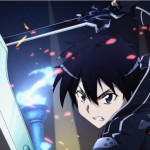 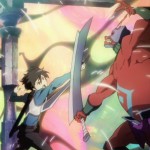 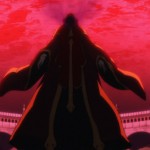 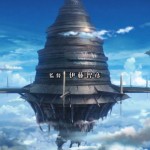 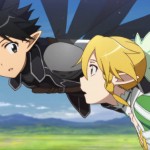