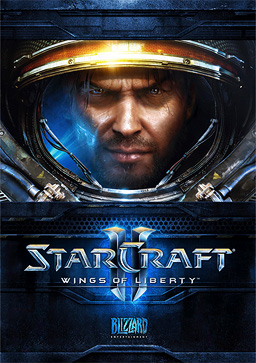 At the conclusion of the Brood War, the complete rout of the United Earth Directorate’s expeditionary forces and the decimation of the protoss and terran Dominion armies poised the zerg Swarm for ultimate domination of the Koprulu Sector. In spite of her major victories, Kerrigan the Queen of Blades and her Brood mysteriously halted their campaign of conquest and retreated from the conflict. Four years have passed since the war and the reconstructed terran Dominion once again emerged on top as a formidable military force seeking retribution against all of her enemies, zerg and protoss alike. Meanwhile, Jim Raynor continued his struggle against the Dominion’s self-made emperor Arcturus Mengsk, whose cruel and merciless tactics during the revolution against the Confederacy and subsequent rise to power drew his righteous ire (the most poignant being the betrayal of their then-human comrade Kerrigan). He spearheaded a resistance movement, Raynor’s Raiders, to oppose Mengsk’s tyrannical rule. When an old friend from his shady past reentered his life in Mar Sara with a business proposal to gather highly-coveted xel’naga artifacts for the Moebius Foundation, Raynor seized the opportunity to strike against Mengsk. From aboard the battle cruiser Hyperion, Jim now leads the Raiders on a series of covert missions across the sector to uncover the secrets of the artifacts and bring justice to the oppressed people of the Dominion.