Summary by Rizwan Merchant:
At first glance Shirase Satoshi is another run of the mill computer expert who freeloads off his family while being pampered by his underage great-niece Amano Misao (who is more like his little sister due to the age difference) by way of bringing him food and affection, though through a series of random events the affection can turn very inappropriate unintentionally. However beneath this guise lays the world renown super hacker Battle Programmer Shirase (BPS for short), who with a single keystroke can empty your bank accounts if you anger him. Due to his reputation, many companies and individuals seek him out to help with their many technological problems and must bribe him with very rare and obscure computer parts and equipment because he won’t take your money! Most frequent among his jobs is foiling the sinister King of America who wreaks havoc across the internet.

Let me start this off by saying it is extremely rare to see an anime with a story focused on hackers, programmers and cyber terrorism., and most people may not particularly miss this sub-genre of anime much in their day-to-day lives. However being that I’m a programmer professionally, I was genuinely intrigued to watch Battle Programmer Shirase. That said, I am disappointed to report that this was a total mixed bag of good and bad all thrown together.

First of all this anime had a rather lazy approach where planning, animation, and story are concerned. This anime is comprised of fifteen twelve minute long episodes, with three episodes covering the content expected from one standard episode (each set of three episodes are considered a separate arc). Of these twelve minutes, approximately one minute goes into recap from the last episode, another minute and half into the opening sequence, and somewhere between a minute and half to two minutes on ending credits. If you’ve been doing the math with me, that’s roughly four minutes per episode already used up, leaving the remaining eight minutes for story and plot progression. Which is pretty bad given this series is a total of three hours; one full hour is lost in episode fluffing. Luckily I caught onto this pretty early on and began skipping the recaps and opening and ending songs. However this is the least of the problems.

The biggest issue I hold with this show is that is constantly uses the same gags every arc.  The most common and time consuming of these gags typically involves Shirase and Misao together in a very innocent setting, but then some event occurs to cause the two into a very inappropriate and equally unintentional position. These awkward moments are always, without fail, when some incarnation of Akizuki (prospective employer with a job) will walk in to discuss a job with Shirase. We then go into a minute long rant by Akizuki as he tries to discern how to proceed, does he report Shirase as a child molester, or forget what he saw and get down to business. It does not help matters that for the most part the rant is the exact same thing every time, as are the animation sequences that go with said rant. For those who are curious, this gag happens at least five times, once per arc. So subtract another five minutes or so from the actual time dedicated to the story, and we’re now running a little under two hours of actual value out of the three total.

But there are some good points! The back story formed in the first five arcs seemed pretty interesting – we were given little tidbits here and there about Shirase’s past, the school he went to, and the people he worked with. However we don’t learn very much concrete about his past. If the show not been canceled so quickly, I think we could have gained more insight into this world and the characters we’ve met. However we did get some decent characterization on Misao and Shirase as people, as well as their relationship with one another. Even so, it just wasn’t enough – the most we got beyond the initial impressions of Shirase is that he actually cares for Misao and that Misao was slowly beginning to open up and make friends outside of her great uncle.

For the most part though, negating the flaws concerning time and reusing material, Battle Programmer Shirase is a pretty fun anime. Primarily because, at least to me, Shirase is a bit of a dream character that I would love to be. Having the hacking skills he possesses would be pretty incredible. Also while some viewers may not understand the technical jargon thrown around the series, I sure did, and I chuckled more than once. Those moments alone made this series worth it to me, despite all the flaws.

Sadly the series was abruptly brought to an end, well before its intended ending. Embedded in the final episode is a message from Director Hiroki Hayashi apologizing for the sudden end, and thanking all the fans ‘who enjoyed the show on TV, and to those outside the broadcast area who took special measures to watch the show on their PC monitors, and to everyone who watched it subtitled overseas without permission.’ This was interesting, as those in the fansub communities are generally never mentioned or acknowledged by the makers of a show. It also helps given this anime never made it stateside and probably won’t anytime soon. They also expressed an interest in continuing the series if they ever get a green light again.

To sum up, if you are someone interested in computer programming, have two or three hours to kill, can stand running gags like the ones mentioned above, and have a way to access this anime, I suggest you consider it. It isn’t the greatest thing out there, but it sure entertained the programmer in me! 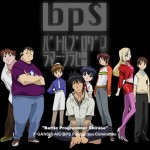 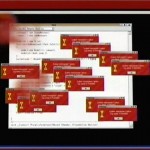 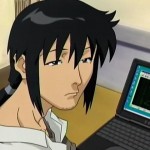 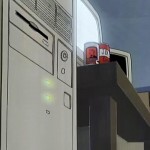 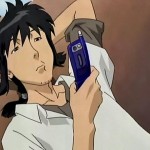 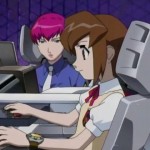 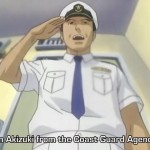 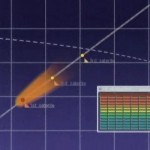 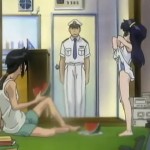 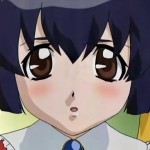