Your average schoolgirl Miyuki awakes to begin another normal day. Yet, as she heads off to school or work, she is transported to different worlds, which are very disturbing to her since every place is out of the ordinary. She wants nothing to do with them, but she winds up in these worlds, which vary from Lewis Carroll’s Alice in Wonderland to CLAMP’s X/1999, against her wishes. What can Miyuki do to stop these never ending hallucinations? 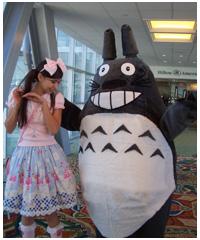 Oni-Con 2007 marks my second Oni-Con attendance, my first being in their inaugural year of 2004. Right off the bat, the improvements of Oni-Con from their first year to their fourth were very evident. Everything was top notch in their new venue, the George R. Brown Convention Center, which was more than spacious enough for the task. However, while the improvements were amazing, there were also some major let-downs this time around. 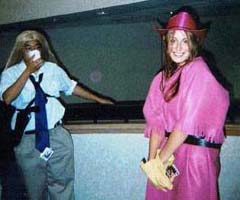 Houston, Texas, USA. October 22nd – 24th 2004. Reporter(s): Drake, Zoomi Greetings everyone, Agent Zoomi and myself have taken some time from

Sometimes, words spoken are more powerful than what the speaker originally intended. Alice Seno realizes this when she wishes her older sister to never show her face again. Now, her sister is immersed in the darkness of the Maram words, lost to the real world. Alice must master the Lotis words – good encouraging words – together with her sister’s crush Kyo in order to save her sister.