On October 20th, the annual Japanese Culture Festival was held at the New Orleans Art Museum thanks in part to the Japan Club of N.O. The opening act of the festival was the Kaminari Taiko Drummers.

Kaminari Taiko was founded in 1996 by Jay Mochizuki and is based in Houston, Texas. Its unique style of taiko is inspired by traditional values of Japanese art. It was interesting to watch how the performers used their whole bodies to beat the drums. This group collaborates with different groups around the world to learn more about techniques that they need to master to continually improve their skills. The members of the group undergo intense training sessions so that they can always be ready for their next performance. Kaminari, in addition to performing and training, helps the public by creating awareness for the community. There tour this year is called the One Heart Taiko Tour. This tour’s mission is to help organizations with special needs children. These programs are recognized by many organizations around Houston. Other entertainment groups consisted of the Minyo Dance Troupe, Shimane University’s Traditional School Uniform Fashion Show, New Orleans Breeze Jazz Trio, the Shindoryu Aikijutsu of SLU, and the Greater New Orleans Suzuki Forum. Each of these performances helped show a bit of Japanese culture through dance, martial arts, music, or a fashion show.

There was a wide variety of vendors at the festival. While many brought items to sell, others brought activities; such as fan painting, taking a picture in a formal kimono, origami crane making, an origami sumo match, and the visitors themselves were able to act like a sumo wrestler. Other vendors brought food which consisted of traditional Japanese dishes. Ninja Restaurant brought different types of sushi, Green to Go NOLA offered a variety of Japanese style salads, and Hoof and Cleaver provided interesting creations that centered on hog. Although I didn’t get to actually try any of the food, I heard that it was great.

There were a few things that I felt could have been better. The event’s organization was a little weak. A couple of the vendors were hard to find, and the upstairs part of the museum was a maze. Some of the rooms were blocked off and there were no signs to the bathrooms or where the upstairs vendors/activities were. I think that the check-in and registration should have been in a more open area as well. I had to ask multiple people where the table was before I finally found it. . Some of the staff was kind of rude about enforcing that we had to leave our bag in the check-in area and answering questions that we had as well. Overall, I will say that I thought Japan Fest was great. This is the first year that I’ve heard about it and although it wasn’t what I expected, I still got a lot out of it. I love Japanese culture but I don’t have the time to research and study about it. There were many different aspects of Japan Fest that gave me insight into the cultural differences between Americans and the Japanese. Although I didn’t get to participate, I thought that the photo opportunity while wearing a kimono was a great idea. It gave us a chance to wear something that is a tradition in Japan. I also liked all the food. Americans pride themselves on eating different cuisines and being able to eat traditional Japanese food, in my opinion, was a treat. 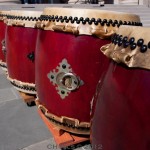 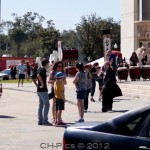 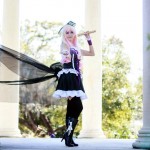 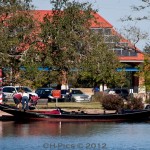 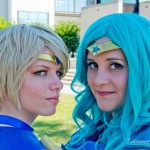 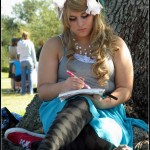 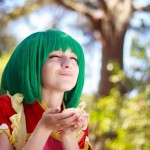 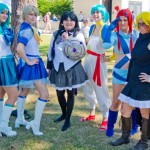