I’ll be totally honest: after the first episode of Kill la Kill, I watched the second and gave up hope of having the motivation to go on. I just wasn’t very interested. The plot was lacking, the characters were god-awful obnoxious, and the fan service was too blatant to be taken seriously. Any slight sliver of hope was simply crushed, as I saw no prospect of depth on the way.

So what made me keep watching through episode eleven? Well, to be blunt, I was bored after work and decided to trudge through, and I still have a few complaints. The plot continues to be mediocre and lacking a lot of information, although we do learn a lot about the suits and how they work. I’d love more information on why they were made, and what’s going on in the world in which the series is set.

The characters, on the whole, haven’t developed at all, with the exception of episode seven, in which we see Ryuko learn about being a part of a family and yearn for one. However, things get too hectic afterward to really explore this development. The fan service continues to spiral out of control as things become more and more outrageous. By this point I’m basically desensitized, as much as anyone can be, anyway.

The strong point and only positive side to the series is the battles. The creators got really creative with the opponents, their abilities, and the fight choreography. It’s maybe a little excessive, with all of Ryuko’s evolutions popping up rapidly in the Sudden Death Runoff Election Battles. But hey, it keeps things fresh and entertaining.

All in all, Kill la Kill is enjoyable for the fight scenes and action sequences. However, it falls way short on expectations in the substance category for plot and characters. I suspect that in the next episode, more will be revealed with the appearance of a new character. We can only hope, though. 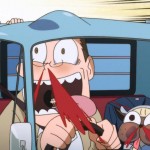 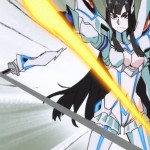 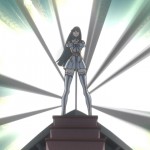 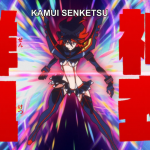 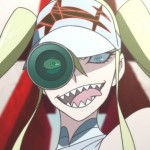 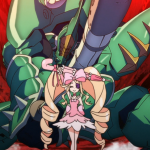 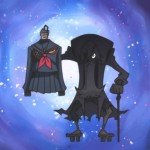 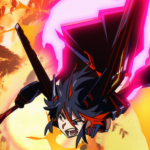