I just finished Episode Ten of Majestic Prince and I must say, I am really satisfied. In a nutshell, in the last three episodes we have been treated to beautiful battle scenes and good character development, but we also got details of the plot we’ve yearned for since the start.

The story’s pacing thus far has done a great job of keeping my interest while withholding information without frustrating me. This is mostly due to small packets of plot information trickling out while a viewer’s attention is held by the battles, training, character development, and general storytelling.

However, now that I know about the Wulguru’s connection to Earth, I am greatly interested in seeing how this plays out, though I must say I hope there is more creativity to this new phase of the anime then five Wulguru each hunting their own member of Team Rabbit. The way the episode ends leads me to believe there may be fillers in our future, which could be fun. I’m not against fillers that are done right.

On another note, we have had some mild but noteworthy character development. In my last article, I called Asagi a weak, almost useless, character. Following the last battle in this batch of episodes, I withdraw that complaint and would like to say that despite his weak start, he is coming a long way as a character. In other news, in a purely objective observation, I’m starting to think Kei may be developing a thing for Izuru. Everyone else is the same as last time. This is why I’m also interested in seeing how the additional characters of Daneel and Teoria play into everything. They have great potential to spice things up, along with the rest of the Wulguru we have seen.

Just have to hope the spice keeps coming, and things stay interesting. While everything up until now has been great, I am concerned the anime may stale in the next few episodes. We shall see…STAY TUNED! 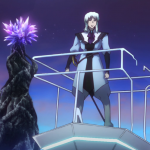 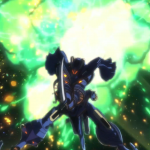 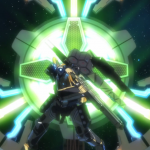 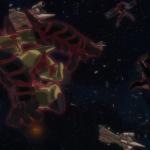