When most people think of Japan, they think of either the advanced super-metropolis of Tokyo, or the historical sites in areas like Nara and Kyoto. However, there’s far more than meets the eye; anyone who’s been there can tell you Japan is a pretty interesting place. There are a lot of places where old and new kind of blend and you can see a different way of life depending on where you go. Nowhere did I find this to be truer than in Akita, a prefecture far to the north of Tokyo where my brother and his family were staying when we visited in 2010.

For starters, Akita, being so northern, has a much different climate. It was nearing the middle of spring and there was still heavy snowfall. Akita is a mountainous region, so this is pretty normal for them, but it was different from my perspective because I’d only ever been to the Kobe region where Tokyo is during the summer. The layout of the area where my brother and his family were staying was much different as well. It was rural–very rural. Their house was a small, traditional-style house with sliding shoji doors and tatami flooring, and no central heating. My brother told me that the locals usually made use of kerosene heaters at night to warm their homes, something I’d never experienced in the US or in Japan. On top of all this, the house was surrounded by rice fields. Akita is very much an agricultural prefecture, and it’s famous for this. It definitely shows, and when I was there it reminded me of eastern Oregon, which is laden with wheat and canola fields. Everything was quiet and peaceful in their neighborhood, and when we drove places I’d see a Buddhist shrine here and there, which my brother said were most likely family shrines. In the surrounding towns, such as Kakunodate, we got to see some other traditional aspects of old Japan. One of the shops we went to was famous for the region’s beautiful wood and laquer work, and considered to be one of the best. There were tables, rice bowls, and trays that were all hand carved and very impressive. The shop had probably been owned by the same family for decades, and  this kind of work had likely been practiced for hundreds of years in one form or another.

I also got to see the traditional homes of samurai, which were closed, but still visible. From what I could tell, they were quite nice, and this must have been a town with a decent reputation, or at least a lot of money running through it for samurai to live there.

We got the chance to go to a traditional ramen shop as well, which had a variety of flavors I’d never had before. I personally selected the cheese ramen on a recommendation, and I was very pleased with the results. The ramen was hot, authentic, and very filling. There was another shop I ate at that served udon, and this was also very delicious. If there’s one thing rural Japan does well, it’s food.

Speaking of which, I actually got to go to a soy sauce factory renowned in the area for its excellent products, and I even ate soy sauce flavored ice cream. To be frank, it tasted kind of like butterscotch. I liked it.

That’s it for this installment. Next time I shall regale you with my experiences at an actual hotspring, and in another column I’ll go on about one of my favorite things in Japan: Arcades. 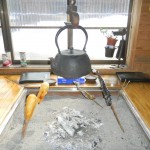 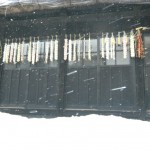 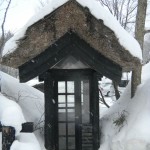 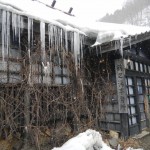 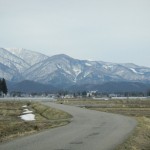 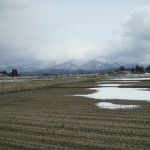 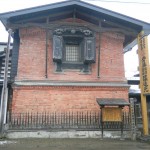 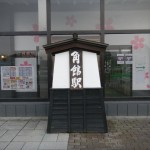