First of all, the animation does wonders for mood-setting. Compared to the first two incarnations of the franchise, this season is much darker in story and characterization, and I must say that the animation helps to relay this. In the happy-go-lucky scenes, everything is bright, vibrant, and full of life. However, around episode twenty-eight or so, things get really dark; the animation gets darker, grimmer, and more depressing. The scenery actually resembles a post-apocalyptic world at points, which is to be expected given the final villain. This is coupled with a great music score, with songs like One Vision by Tanimoto Takayoshi, The Biggest Dreamer by Kouji Wada, and Slash!! by Oota Michiko. Not to mention, the background music and effects were just plain great.

However, the biggest hit of Tamers isn’t in pretty animation or music, but rather in the plot and characters. As mentioned, this season is one of the most dark—if not the most dark—seasons of Digimon to date. I expect nothing less, given Chiaki J. Konaka of Serial Experiments Lain is the writer behind it. The D-Reaper villian at the end of the show is by far one of the most horryfing villians out there. I won’t go into details on the D-Reaper here, as that would tempt me to reveal spoilers, which I don’t typically do. However, I will say that the very concept of the D-Reaper and the mind games it plays with the Tamers are extremely brilliant and chilling.

An intense plot like this is still nothing without a great cast of characters. During the first twenty episodes or so, the main focus is on the three main protagonists of the series, who admittedly start out pretty cliche: Takato, the daydreaming, goof-off kid who draws a lot; Jiangliang, the intellectual pacifist; and Ruki, the stone-cold tomboy.  However, as the series evolves, we learn more about their backstories, their deepest fears, and how they click. The most impressive of the characters is Juri, to be honest. The limits to which they push an innocent, carefree, happy-go-lucky girl are extremely depressive. If I were asked at the start of Tamers what Juri’s role would be, I would have guessed a minor character, possibly Takato’s romantic interest. Never would I have imagined her to be in the middle of the final battle.

Admittedly, one of my favorite parts of Digimon Tamers is the depth of detail given to the formation and origins of the Digital World. In other incarnations of the TV show, it is described in very vague, loose terms. In this case, we are shown the creators of the Digital World and given the story of how the world came to be in existence. (Which is pretty freakin’ sweet, not gonna lie.) On top of all that! The makers of the Digital World and the Tamers’ parents team up and actually support their children as they face the path in front of them, even giving them a means of fighting back. It isn’t very often that I see an anime in which a majority of minor characters significantly impact the plot and progression of the story. In this one, I am pretty hard-pressed to name even one worthless side character.

Amongst a lot of the anime community, myself included, Digimon shows and movies are typically compared, contrasted, and rated against each other rather than against anime as an overall genre. I changed that outlook today, and I can honestly say that Tamers is a must-see for fans not just of the franchise, but of anime in general. It’s just that good. 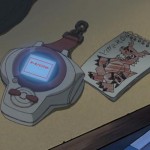 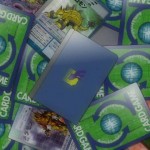 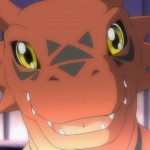 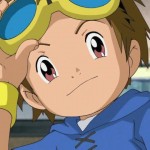 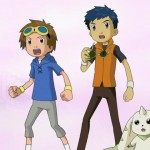 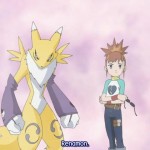 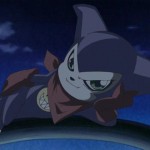 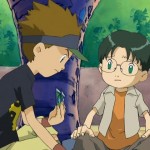 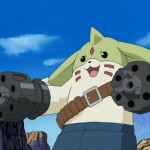