Genre: Sci-Fi/Action/Drama
Format: 22 Episodes
Allegiance: Production I.G.
Director: Naoyoshi Shiotani
Vintage: 2013
Intelligence Agency Report by: Ellen Li
The story of Psycho-Pass takes place in Japan in the year 2113. Akane Tsunemori has recently assigned to Unit One of the Criminal Investigation Division in the Ministry of Welfare’s Public Safety Bureau, and is tasked with hunting down criminals with the other members of Unit One, apprehending them, and, if needed, eliminating them on the spot. As Akane and her team take down more and more criminals, they begin to notice a subtle connection between all of them, and eventually become entangled in not only the web of the criminal mastermind known only as “Makishima”, but a conspiracy involving the criminal justice system itself. The worst part – or best, depending on which side you’re on – of Psycho-Pass is the fact that it’s extremely difficult to summarize the series without giving out spoilers in one form or another.

As can be expected from anything associated with Gen Urobuchi, who wrote the script, Psycho-Pass is not without gratuitous amounts of violence, blood, death, and body horror. But despite the countless sequences of blood-riddled action and violence in the show, the most brutal part of Psycho Pass is, arguably, how it affects the viewer psychologically.

I’m not going to lie; Psycho-Pass does start out unfortunately slow at first, as the stories in the beginning episodes are all used to establish the story and its elaborate setting.  In 2113, society is no longer governed by laws and the humans who make them. Instead, social order is maintained through the use of a supercomputer called the Sybil System. It does this by evaluating the mental states, personalities, and criminal aptitude of every human in Japan. The Sybil System’s evaluation of a person, called a Psycho-Pass, is essentially a permanent personal record that also contains a person’s Crime Coefficient, the numerical value indicating an individual’s propensity and aptitude for criminal actions and behavior. Should an individual’s Crime Coefficient be assessed as too high, they are dealt with accordingly depending on just how high that number is. However, despite the fact that Sybil is the one who assigns these numbers, it is the job of the task forces in the Criminal Investigation Division of the Ministry of Welfare’s Public Safety Bureau (MWPSB) to hunt these criminals down, apprehend them, and, if needed, eliminate them.

Although the plot circles around Akane and the other members of Unit One, at its core, Psycho Pass is about the Sybil System and the consequences a society faces when it decides to rely on a supercomputer to govern the population. Once you get deeper into the series, you’ll understand just how necessary the setup was, as the story just delves progressively deeper and deeper into the relationship between human society and the Sybil System. With such an interesting setting and interesting cast of characters, it’s not hard to get sucked into the world of Psycho-Pass. Of course, it doesn’t hurt that the soundtrack really does its part to get your heart pumping and mind racing as the show twists and turns. What else can you expect when your soundtrack is composed by none other than the amazing Yugo Kanno, main composer for Ikki Tousen: Battle Vixens and JoJo’s Bizarre Adventure: Stardust Crusaders?

That isn’t to say that the soundtrack is the only music that will tug at your heartstrings and/or get your blood pumping. The opening and ending songs work wonderfully with not only the visual aesthetics of Psycho-Pass, but their lyrics tie in well with the overall attitude of the show as well. If you pay close enough attention to the songs and have a general idea of what to look for, there are even some particularly poignant bits of foreshadowing referenced within the openings and endings themselves.

Even with Psycho-Pass’ great music and amazing ability to mess with the viewers’ heads with its story, ultimately the strongest selling point of the show is its world building. Psycho-Pass is able to show the costs of living in a stress-free high-tech utopia, as often times pieces of society meant to appeal to the viewer are revealed to be little more than smoke and mirrors that mask unpleasant, and sometimes dangerous, underlying consequences. The show certainly raises almost endless questions about how moral and ethical it is to give control of the criminal justice system to what is more or less a supercomputer, and it does a great job at addressing as many of those issues as possible. Ultimately,  Psycho Pass forces viewers to think and look inside themselves, leaving them to come up with their own answers to these complicated questions. Without giving too much away, the ending will leave you questioning almost everything you ever thought or felt throughout the course of the series.

I suppose you could say that, ultimately, Psycho-Pass is very much a stereotypical cyberpunk dystopian story with a focus on the criminal law enforcement aspects. And you’d be right, but only to a certain degree. Psycho-Pass starts out almost like a standard villain-of-the-week crime show, but once you hit the halfway point, the show really picks up, each episode delivering one whammy after another in terms of plot twists and character development. Those genre-savvy may be able to guess at what the biggest plot twist in the show is, but even knowing the major spoilers won’t detract from wanting to see exactly how the finale will play out. Despite all the heavy-hitting emotional punches Psycho-Pass delivers, you’ll still be left wanting more, as the story isn’t without its loose ends here and there. Thank goodness there’s a season 2 due to come out soon, following a movie this October.

For those who find psychological stories to be boring and/or are unable to handle gore and body horror, this is definitely not the show for you. However, those to whom that doesn’t apply should definitely give Psycho Pass a try. 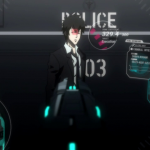 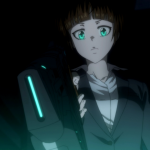 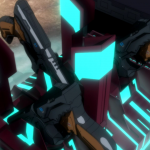 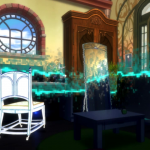 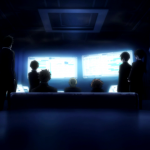