Haruto Tokishima is a student at Sakimori High School, a private institution in Module 77 of JIOR’s space colonies. He is going about his daily life as war rages between the other two factions, about to confess love to his childhood friend, Shouko Sashinami, when the colony falls under Dorssian attack, breaking JIOR’s neutrality. A mech housed beneath the school is accidentally launched to the surface level near Haruto, who climbs aboard and is asked an unsettling question by the onboard computer:  “Do you resign your humanity?” His answer grants him pilothood of the mech, known as a Valvrave—but what is the extent of the human cost of his decision to defend his fellow students, and how is the now-isolated student body supposed to carry on with no clear authority in place?

Wow. That summary does NOT do Valvrave justice! But there’s no real way to put this series in a nutshell and introduce all the relevant characters, tones, little plot threads, and twists that the show engages during its first half. Where on earth do I go from here?

The plot starts off very stereotypically (Gundam Wing meets Lord of the Flies), and some of the steps the show takes to feel unique, like the parts revolving around the Valvrave’s origin and resignation of humanity, seem a little tacked-on. This is the case for the bulk of the show so far, but the various elements weave together bit-by-bit in increasingly thicker threads as the show continues on. The tacked-on feeling is also due to a wild variation in tone from episode to episode, or even from scene to scene. One will be focused on the students cooking, and the next moment, the school is under attack. Then they’re singing a song together. Then Haruto’s love life flares up before it’s interrupted by another attack; rinse and repeat for the whole series. It bounces effortlessly—but NOT seamlessly—between school drama, multi-layered political thriller, and mech action show. This makes the first half of the show teeter on the edge of being flat-out bad, but it finishes its clunky introductory arc just in time to turn this series completely around for a really strong finish to the first season.

What the series does really well throughout is stay consistent with its characters. While they all seem like cookie cutters at the start—and for the most part, they are— Valvrave carries those tropes out and tests them under some of the most extreme of circumstances, and they perform in ways that make sense and are sometimes unexpected. While the scenes of school life seem superfluous, like the unique touches of the setting, they really come to bear later on as the relationships formed and traits developed begin to pay off. While some people disregard Haruto has a bland, wishy-washy chess piece of a protagonist, by the end of the season I don’t think it’s possible to see him as simply that.

This show is also not afraid to engage in shock or controversy to appeal to the viewer’s sense of curiosity or disgust at what might happen next. Characters die. There are forces at play that are unflinchingly and uncontrollably violent. There’s one event in episode ten that will surely be one of the biggest points of contention and debate in the anime world for some time, to be mentioned in the same breath as other shocking anime moments of its kind.

And I wish Valvrave had addressed this point further, but because of the smattering of elements, tones, and focuses, it’s impossible for it to do so consistently with the characters involved AND to advance the plot to what is now the midpoint of this series. Perhaps cutting out some of the absurdity of the first arc would have opened up the opportunity to properly work through the incident. At the very least, the characters stayed true to themselves in the aftermath and reacted realistically (although not ideally) to the situation in the space allotted for it.

Valvrave is definitely building itself consistently and gradually into a perfect storm of robots, romance, revolution, and revelations. If the development of the characters and mysteries in the first part is any indication of where the show will go come fall, this is a ride you won’t want to miss. 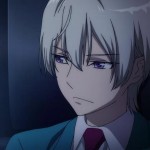 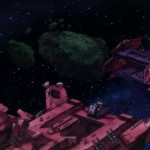 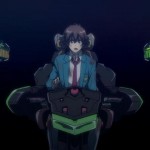 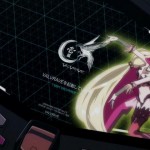 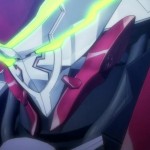 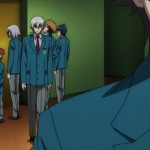 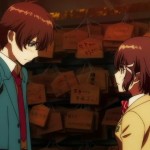