Enter the world of The Legend of Zelda like you never have before! Battle your way through swarms of enemies, and play as different characters—besides Link—to battle the evil sorceress Cia. But what secrets does she possess, and how did she manage to merge the worlds of Ocarina of Time, Twilight Princess, and Skyward Sword into one?

Hyrule Warriors is a collaboration title between Nintendo and Koei Tecmo, mixing the hack-n-slash gameplay elements of Dynasty Warriors with the characters from the Legend of Zelda franchise. At first glance, one would think this an unlikely combination, considering the Legend of Zelda series leans more towards exploration and puzzle-solving. After playing Hyrule Warriors, however, I was left wondering why this combination hadn’t happened sooner.

The gameplay of Hyrule Warriors is that of your typical Dynasty Warriors game: you are placed in a battlefield crawling with enemies and allies, and capturing an enemy base increases your soldiers’ morale, making them a tad more useful. Fulfilling objectives allows for battle advancement until the main enemy commander shows up, who you must defeat to complete the level and advance. However, Hyrule Warriors adds a new wrinkle to the formula, throwing stage hazards and enemy bosses into the fray. Both the bosses and the hazards have weak points you can exploit via various items—such as bombs, boomerangs and bows—that you obtain to defeat the bosses.

Hyrule Warriors features a cast of 13 playable characters. Link, Zelda, and Ganondorf lead the charge, of course, but they’re joined by longtime favorites such as Impa (making her debut as a playable character for the first time in a Zelda game) and Midna. You can customize your character in a variety of ways in the bazaar. Using items obtained from enemies, you can craft various badges, which allow for the extension of combos, the ability to take enemy bases faster, or the ability to carry multiple potions into battle. You can also fuse weapons in the smithy or level up your character in the training dojo. The game offers couch co-op, as well, with one player using a Wii U gamepad as controller and screen, while the second player uses a Wii U pro controller and television, eliminating the need for a split screen.

The story of Hyrule Warriors is simple and has no problem poking fun at itself. Zelda awakens from a nightmare, which she believes foretells the awakening of a new evil. Hoping to find a soldier who is the reincarnation of the hero, Zelda steps outside and notices Link, who promptly proves his worth in the first battle of the game. However, in the chaos of the battle, Princess Zelda vanishes. While investigating the princess’s whereabouts, you learn that Cia, a sorceress, is responsible for the chaos and for merging the worlds of Ocarina of Time, Twilight Princess, and Skyward Sword. Although you can see many of the game’s plot twists coming, it doesn’t take away from the charm or fanservice that it provides.

In addition to the main story, or Legend Mode, Hyrule Warriors also features two additional modes: Adventure Mode and Challenge Mode. Challenge Mode, as the name implies, consists of challenges for all the characters, while Adventure Mode has you fill out the map from the first Legend of Zelda title. Each map square contains tasks and rewards for completing the tasks, which range from higher-leveled weapons to a few unlockable characters. Both modes will certainly keep your interest in Hyrule Warriors long after you have completed the game’s main story.

The graphics of Hyrule Warriors are top-notch, and the game runs at a smooth 60 FPS in single-player. The musical score is also quite fantastic. The game not only offers great remixed songs from various games, but it also produces some excellent original songs. Each song fits perfectly within the battlefield, and if you find one song you’re particularly fond of, you can set that song as the track that plays during battle.

Hyrule Warriors isn’t without its fair share of issues, however. Like all Warriors games, the combat can wear thin pretty quickly; even with the added bosses, you’re still hacking away at a multitude of enemies with very little variety. While playing co-op, you might notice a drop not only in render distance, but also in the FPS, which goes from 60 to 30 (and sometimes even a bit below). The biggest flaw of Hyrule Warriors, however, is its limited online capabilities. While the Warriors series doesn’t have the best track record for online stability, it is still a bit baffling that there isn’t an online multiplayer mode of sorts for Hyrule Warriors.

Overall, Hyrule Warriors is a solid game with a few issues. The limited online features is what really hurts the game; with Mario Kart 8 proving that the Wii U has the hardware to maintain a good online network, it’s a bit confusing that there aren’t any online modes. The frame rate drops and graphics reduction in co-op also diminish the enjoyment of Hyrule Warriors a little. However, the fanservice and overall fun of the game almost make you forget the negatives, and any Zelda fan searching for a different style of Zelda game should do themselves a favor and check out Hyrule Warriors. 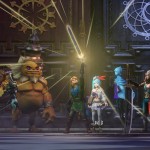 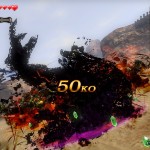 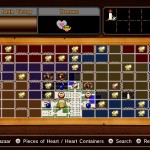 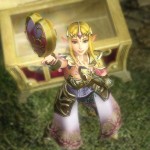 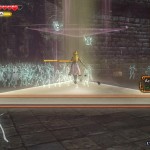 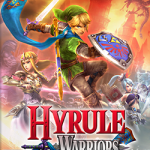